When Is Jane Eyre 2011 Being Released? 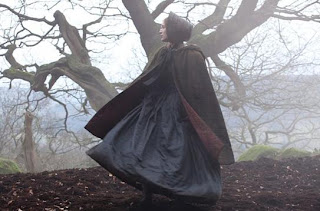 When will the new Jane Eyre movie be released at the local movie theatre?

A frustrating subject for me. Was it for you, too?

I was given the mistaken impression that the new Jane Eyre movie starring Mia Wasikowska as Jane Eyre and Michael Fassbender as Edward Rochester was being released on March 11, 2011. However, that turned out to be just plain WRONG, at least in part.

The movie was apparently released in SELECT THEATRES on that date but the rest of us have to wait until April 1, 2011. I suppose that would not be so frustrating if I hadn't been so keen on seeing it last week...

In the meantime, I have settled for watching two other Jane Eyre movies and now can say that I know the storyline pretty well and at least much better than I did originally.

The first one that I watched was Masterpiece Theatre's Jane Eyre 2006 Miniseries and I thoroughly enjoyed it. I am assuming the new version will be at least as good as this one given the big names associated with the new production and what I assume is a big budget since it is a movie being made for the big screen rather than the television.

The second was the A and E Home Video 1997 version of Jane Eyre, which I also enjoyed, particularly once I got over the difference in cinematography.

If you asked me to pick between the two, I would have to choose the 2006 version although I did enjoy the 1997 version, too.