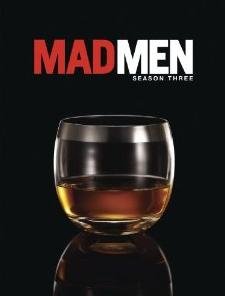 Mad Men Season 3 was one of the best blu-ray movie choices of 2010. It was an Emmy award winning television drama and saw the continuation of the story from parts 1 and 2 that included marriage, childhood and the advertising agency falling apart. Amazon called it "a shocking portrait of a time that was anything but innocent. Nothing is as sexy. Nothing is as provocative. Nothing is as it seems."

Amazon customer Highland Rob summed up Mad Men Season 3 very nicely when he talked about it having the "best writing and acting produced in Hollywood in a long time." He felt that Season 3 was the best season although he stressed that you should watch the two previous seasons first.

DVD Talk talked about how this series built as it went along with each subsequent season being even better than the previous one and stated that they considered this season to be the best, so far.

In terms of the blu-ray release, the experts had a lot to say:

High-Def Digest also thought it was the best show produced on television. They summed up by saying that "with superb audio and video and a nice collection of extras, this is a set for any Mad Men fan." They closed with HIGHLY RECOMMENDED.

Blu-ray.com called this Mad Men season riveting and hopes that this blu-ray release brings new fans, as they know it will please existing fans.

Personally, I still have to make it through Seasons 1 and 2 before I check out Mad Men Season 3. Doing so on blu-ray will definitely be a top priority.

Order your copy of Mad Men from Amazon.
The Best Blu-ray Movies Ever (2011).