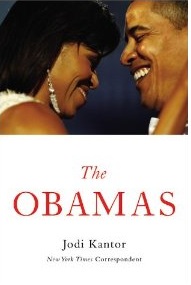 File this post under GOSSIP.  I'm not usually interested in American politics (because I am a Canadian) but when Johnny Depp enters the picture, I become curious.

According to this morning's newspaper, Tim Burton and Johnny Depp were amongst those involved in a special Alice in Wonderland themed Halloween party thrown by the White House in 2009.

Johnny Depp appeared in the costume that he wore as the Mad Hatter in the movie Alice in Wonderland.

Tim Burton was responsible for the dining room, which was decorated in true Mad Hatter style.

Chewbacca of Star Wars fame made a special appearance as well.

The event was attended by both Malia and Sasha Obama, their friends, children of the White House staff and of military families.

The newspaper said that the White House did not allow the press to report on the party for fear of how such a splashy Hollywood style party would look to those Americans struggling to find jobs and put food on the table for their families.

According to sources online, the upcoming biography, The Obamas, by Jodi Kantor claims that the trick-or-treating event was publicized and that the Alice in Wonderland party was not.

The White House, however, is denying that they tried to keep the party quiet saying that they invited the press corps, that there were pictures posted on Flickr, as well as a video on the White House site and that the event was even talked about on Johnny Depp's website.

Curious and curiouser! It must have been quite a party one about which we may never know the truth...but we surely recognize a good story when we see one.  Would you like to have Johnny Depp make an appearance at YOUR Alice in Wonderland Party? I would!

I think the issue was the taxpayer money spent on this huge event, but I haven't read enough about it to comment. Johnny Depp, in costume, at my party? That I can comment on. Hot, hot, hot!