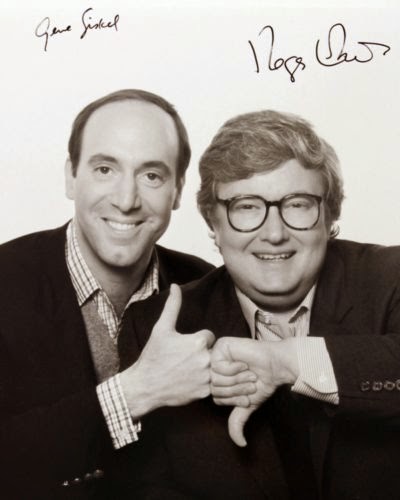 Forbes called Roger Ebert "The most powerful pundit in America." (A pundit being someone who offers the world through the media his or her opinions on a subject.)

Whether or not he wanted his life work defined by thumbs, it is, at least in part as it was Ebert and his partner Siskel who created the phrase Two Thumbs Up.

In the original television program called Siskel and Ebert on which they reviewed movies together, they came to use the expressions Two Thumbs Up to represent a movie that they both liked.  It was a simple and recognizable way of indicating whether they liked or a film or not and the phrase has stood the test of time, been trademarked and become a permanent part of pop culture.

Here's Ebert explaining in his own words the origins of two thumbs up:

Roger Ebert and his reviews and the reviews of his team can still be found online at the Chicago Suntimes.com and Roger (Ebert) Presents At The Movies.

Buy this autographed image of Siskel & Ebert, Two Thumbs Up on eBay.