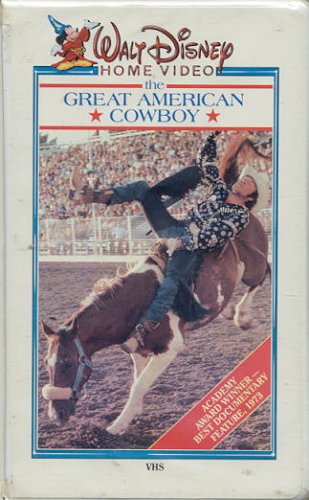 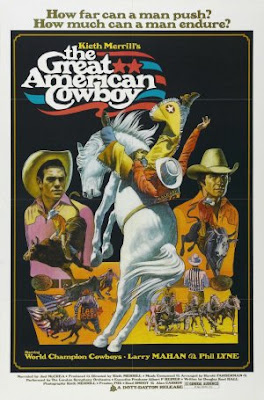 THE GREAT AMERICAN COWBOY TAGLINE: The exciting true story of a vanishing American and his special kind of freedom.


The Great American Cowboy is a 1973 documentary film narrated by  Joel Mc Crea, a member of the Cowboy Hall of Fame. It looks inside the rodeo with then modern day cowboys telling the story of rivals Larry Mahan and Phil Lyne as they compete for the National Finals Rodeo Championship title.   It won an Academy Award for Best Documentary Feature (1974).

The film is shown here in Walt Disney packaging though I did read that Disney acquired the rights to the film rather than actually making it.  One original movie poster that I saw reads "A Rainbow Adventure Films release" while IMDB says that the production companies are American National Enterprises and Merrill-Rodeo Film Productions.

If you are searching for a copy of this film on DVD or VHS, you can try the Amazon listings here and you can try eBay here but be warned, this appears to be another one of those films that has not made the transition from VHS to DVD. Good luck with your search and be sure to report back and let us know if and when this movie becomes widely available.

Have you seen The Great American Cowboy? Is it a documentary film that you have been wanting to see or is this the first time you have heard of it?