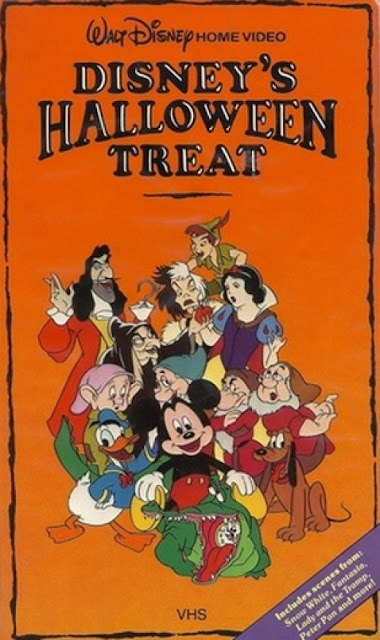 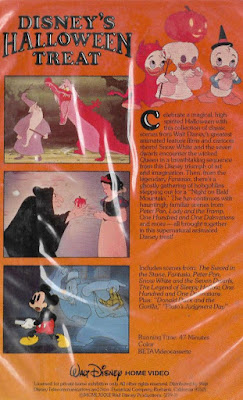 Disney's Halloween Treat is a compilation of Walt Disney shorts that includes clips from The Skeleton Dance, The Sword in the Stone, Fantasia, Peter Pan, Snow White and the Seven Dwarfs, The Legend of Sleepy Hollow, One Hundred and One Dalmatians, Donald Duck and the Gorilla, Pluto's Judgement Day and the Haunted Mansion ride.  It is a 47-minute film that first aired on The Wonderful World of Disney in 1982 and continued to do so until the middle of the 1990s. Narration was provided by a jack o'lantern puppet that also gave an educational talk about Halloween safety.

Disney released this film on VHS in 1984 but it has not been released on DVD, which means that the copies that are available are on VHS and are expensive. If you would like to own a copy and you still have the capability to view it on videotape, you can check for a copy on Amazon by clicking here and on eBay by clicking here.

Have you seen Disney's Halloween Treat? Did you like it?