Do You Know Who Gregory Peck Is? 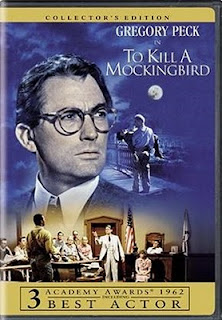 A warm welcome to my latest guest blogger and friend, Bev.  Bev recently introduced me to Gregory Peck and a few of his movies on her page titled, Gregory Peck Film Star. Today, Bev took the time to teach me a bit more about Gregory Peck and her interest in him and this is what she had to say:

Movies are something that I have enjoyed immeasurably since I was a very little girl. Of course, back then, we had to go to a movie theater to see them or wait until one of the local networks decided to show it on our black and white television set. One of the film stars that caught my young attention back in the 1950s and that I still love to watch is Gregory Peck.

There are many movies to choose from as Mr. Peck acted in 71 movies over his 56 year career in the movie industry. The world lost Gregory Peck in 2003 but his wonderful movies live on for generations to enjoy for decades to come.

What captured my attention as a young girl was his handsome face but it was more than that. His characters all had an intelligence about them. He could be witty, charming, and very much a man’s man. Whenever he would be a guest on a talk show he had the presence of a true gentleman and didn’t seem to take himself too seriously. He always came across as a nice man.

Gregory Peck was also a humanitarian and political activist in his lifetime. In fact, he was awarded the Presidential Medal of Freedom in 1967, which is the highest honor a civilian can be given in the United States. So, he wasn’t just a handsome face on a movie screen. He actually cared about the world around him and used his celebrity to make a difference. That has made him even more endearing in my heart.

My favorite Gregory Peck movie is “To Kill A Mockingbird”. He received the Oscar for best actor for that movie in 1963 along with the Golden Globe Award. His character of Atticus Finch showed a man of character, love, and compassion for his children and his fellow men. Atticus, played by Peck, was a man you would want for a neighbor and a model for fathers.

Thank you, Brenda for allowing me to tell your readers more about one of the most charming and talented film stars in the movie industry, Mr. Gregory Peck.

You are welcome, Bev and I thank you for introducing Mr. Peck to those of us who really don't know very much about him.

For my blu-ray fans, I will just add that I checked and there are two Gregory Peck movies available on blu-ray, Omen (1976) and How The West Was Won (1962.)  Omen is a classic horror film that High-Def Digest says "outclasses its standard DVD" and which features an enormous special features package. DVDtalk.com says that "Warner has done itself proud" with the release of How The West Was Won.  Sounds like both are good candidates for purchase on blu-ray.

Email ThisBlogThis!Share to TwitterShare to FacebookShare to Pinterest
Labels: actors, classic, DVD, gregory peck, how the west was won, movies, omen, review, to kill a mockingbird

Thanks again, Brenda. I hope your readers will be intrigued enough to check Gregory Peck out at the movie store. Another great one is "The Boys From Brazil" a 1978 classic.

Very interesting read about Gregory Peck. To Kill a Mockingbird is one of my favorite movies from the past. I watched it years ago, but it made a very lasting impression on me. It's one of those movies that's close to being as good as the book (it's hard to top any book with a movie, I think). Great post!